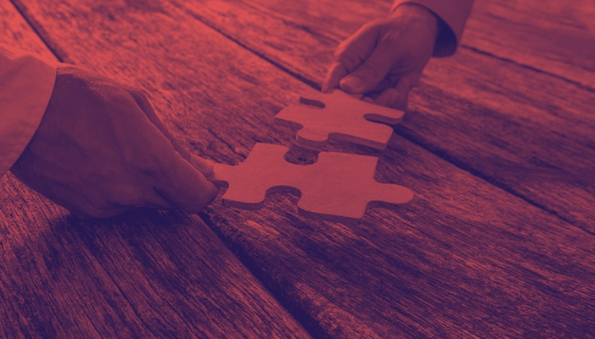 Creativity and critical thinking sit atop most lists of skills crucial for success in the 21st century. They represent two of the “Four Cs” in  P21’s learning framework (the other two being communication and collaboration), and they rank second and third on the World Economic Forum’s top ten list of skills workers will need most in the year 2020 (complex problem solving ranks first).

The various lists of 21st-century skills grant creativity and critical thinking such prominence in part because they are human abilities robots and AI are unlikely to usurp anytime soon. The picture of the near future that emerges from these compilations of skills is one in which people must compete against their own inventions by exploiting the most human of their human qualities: empathy, a willingness to work together, adaptability, innovation. As the 21st century unfolds, creativity and critical thinking appear as uniquely human attributes essential for staving off our own
obsolescence.

Like many things human, however, creativity and critical thinking are not easily or consistently defined. The William and Flora Hewlett Foundation’s list of “Deeper Learning Competencies,” for example, identifies creativity not as its own competency but as a tool for thinking critically. Bloom’s Taxonomy treats the two as separate educational goals, ranking creativity above critical thinking in the progression of intellectual abilities. Efforts to pin down these skills are so quickly muddled, one is tempted to fall back on the old Justice Stewart remark regarding obscenity: “I know it when I see it.” Unfortunately, that yardstick isn’t much help to teachers or students.

Definitions of creativity tend toward the broad and vague. One of the leading researchers in the area, Robert Sternberg, characterizes creativity as “a decision to buy low and sell high in the world of ideas.” While this is itself a creative approach to the problem of defining creativity, it is not a solution easily translated into a rubric.

Definitions of critical thinking don’t fare much better. According to one group of researchers, “Critical thinking is the intellectually disciplined process of actively and skillfully conceptualizing, applying, analyzing, synthesizing and/or evaluating information gathered from, or generated by, observation, experience, reflection, reasoning or communication, as a guide to belief and action.” Again, a curiously self-demonstrating definition, but not one ready-made for the classroom.

Generally speaking, creativity is associated with generating ideas, while critical thinking is associated with judging them. In practice, however, the two are not so easy to separate. As parents and teachers know well, creativity without critical judgment tends toward the fanciful, the impractical, the ridiculous. “Creative thinking” becomes a nice way of saying that someone’s ideas have run amok.

At the same time, critical thinking gets short shrift when reduced to making a judgment, since, at its best, critical thinking is also a way of making a contribution. It is fundamentally creative in the sense that its aim is to produce something new: an insight, an argument, a new synthesis of ideas or information, a new level of understanding.

Our grasp of creativity and critical thinking is improved when we see them in symbiotic relationship with one another. Creativity benefits from our recognizing the role of critical thinking in ensuring the value of novel ideas. In turn, critical thinking comes into clearer focus when we recognize it as a creative act that enriches understanding by giving rise to something that wasn’t there before.

What does this symbiotic relationship look like in the classroom? Here are a few educational contexts in which creativity is disciplined by critical thinking and critical thinking is expanded through recognition of its creative function:

Writing. Creative writing only works when the writer’s critical judgment is brought to bear on the product of their imagination. However richly imagined, a story’s success depends on the skill with which its author corrals and controls their ideas, crafting them into something coherent and cohesive. Storycraft is accomplished by writers who discipline their own creative work by thinking critically about it. Successful academic writing—argumentative, expository—requires not just critical analysis but also creative invention. Academic writers enter into conversation with their readers, their instructors, fellow students, other writers and scholars, anyone affected by or invested in their topic. As in any conversation, a successful participant doesn’t simply repeat back what others have already said, but builds upon it, asking critical questions, fine-tuning points, proposing solutions—in short, creating and contributing something original that extends and enriches the conversation.

History. History classes lend themselves readily to creative exercises like imagining the experiences of people in the past, or envisioning what the present might look like if this or that historical event had played out differently. These exercises succeed only when imagination is disciplined by critical thinking; conjectures must be plausible, connections must be logical, and the use of evidence must be reasonable. At the same time, critical analysis of historical problems often employs invention and is (or should be) rewarded for its creativity. For example, a student analyzing the US mission to the moon in terms of the theme of the frontier in American mythology is engaged in an intellectual activity that is at least as creative as it is evaluative.

Math. Creative projects can generate engagement and enthusiasm in students, prompting them to learn things they might otherwise resist. In this example, a middle school math class learned about circuitry on their way to creating a keyboard made of bananas. Projects like this one demonstrate that creativity and critical thinking are reciprocal. A banana keyboard is unquestionably creative, but of little utility except insofar as it teaches something valuable about electronics. Yet, that lesson was made possible only by virtue of the creative impulse the project inspired in students.

The skills today’s students will need for success are, at a most basic level, the skills that humans have always relied on for success—the very things that make us human, including our creativity and our capacity for thinking critically. The fact that our defining qualities so often defy definition, that our distinctive traits are so frustratingly indistinct, is just another gloriously untidy part of us that robots will never understand.