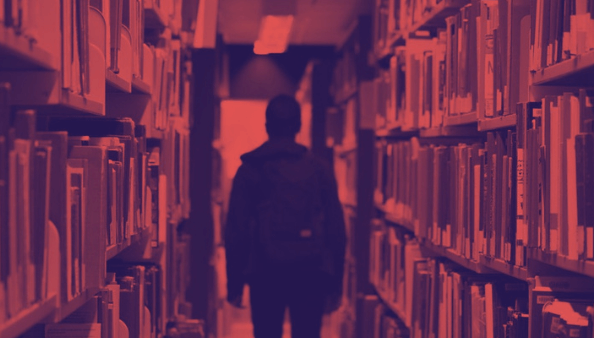 Teaching and Learning | The Readiness Gap

The standards-based education reform movement, kicked off by A Nation At Risk in 1983, has been around long enough now to start showing results, if it’s going to. Unfortunately, there is not much evidence that this path is leading anywhere good. The latest Nation’s Report Card, based on National Assessment of Educational Progress (NAEP) testing, shows that twelfth graders in 2015 weren’t any more ready for college than were twelfth-graders in 2012.  Likewise, students in 2012 didn’t make progress over the kids tested in 2007, or 2003, or 1998.

Generally, the NAEP assessments show that over an extended period only about a quarter of high school students have graduated ready for college-level academics. For low-income and minority groups, the numbers are even worse, and aren’t budging. (For a more extended discussion of the College Readiness Gap, click here.)

Why, given all the efforts made in recent years toward defining and teaching the skills and knowledge needed for college success, are we still not seeing rising numbers of high school graduates ready for college?

Because standards, important as they may be, are not enough. It is increasingly evident that learning entails much more than the acquisition of cognitive skills by themselves. For example, researchers now emphasize students’ dispositions and behaviors—e.g. their “grit”—as necessary components of academic success. Education reformer Diane Ravitch identifies poverty and race-based inequalities as the unaddressed culprits in our failure to make progress in the standards-based education era.

Where college readiness is concerned, we must consider that most students, when they first enter a college classroom, are encountering what amounts to a new and strange culture, with its own embedded behavioral expectations, its own language, its own values and assumptions. Many entering students, regardless of the standards-based cognitive skills they may have acquired in high school, are essentially strangers in a strange land, largely unacquainted with the world they’ve entered into. They don’t speak the language, they’re unfamiliar with the underlying values that structure rules for meaning-making, they don’t quite know how to successfully make use of the skills and knowledge they do bring with them from high school.

They are not prepared for the culture of college academics.

Moving to a foreign country, most high schoolers might be able to order a meal and buy a bus ticket from the start, but they would not find themselves truly understanding and thriving within their new habitat until they became oriented to how the natives think, what motivates them, their belief structures, why they behave as they do. The same is true of students entering the foreign world of postsecondary academics.

And, of course, where higher education is concerned, the goal ultimately is to integrate these new denizens into the culture to such a degree that they become wholly familiar, conversant, and accepted members. That’s what being educated means.

The norms of college academic culture are unfamiliar to most matriculating students, but especially those who are among the first in their families to go to college. For the most part, how academic culture operates goes unexplained, yet understanding and negotiating it is critical to every student’s college success.

To do well in a college classroom, students must acquire a high-level map of the governing values, shared assumptions, accepted and expected ways of communicating and thinking and behaving—all the elements that comprise the “webs of significance” constitutive of any culture.

The cultural elements endemic to the intellectual enterprise of college academics are only thoroughly acquired over time, through experience and exposure, through a kind of osmosis, as students absorb the language and concepts employed by their instructors, begin to read and respond to an array of academic texts, participate in collaborative academic work, sink deeper into their major field of study, write papers, do research, and gradually begin to grasp the kinds of performances that are considered successful.

At a fundamental level, acquiring a college education entails enculturation into the practices and discourses that structure meaning-making in higher academics.

Every student brings to school particular linguistic resources, background experiences, assumptions, values, and expectations from their own native culture. The degrees of variance between native and academic culture differ widely, however. Some students are better able to function within academic culture from the start because it is already relatively familiar to them. The vocabulary and values characteristic of college academics are not so far from what they’ve grown up with. They enter college already knowing pretty much how things work, how to interpret what’s being said, how to discern and meet the behavioral and performance expectations.

For other students, the culture they come from bears little resemblance to the one they’re entering, and it takes a lot more than mastery of basic cognitive skills to be successful.

To be clear, we’re not talking here strictly about immigrants from distant lands, who may be struggling with English or American cultural norms more broadly. Nor are we talking about students grappling with the unfamiliarity of college life per se—class schedules, dorms, social activities, and so forth.

Rather, we’re talking about anyone for whom the norms of the intellectual culture of college are unfamiliar—anyone for whom, for example, the primacy and procedures of academic, evidence-centered argumentation are not already woven into the fabric of how meaning gets made in their world. There are many ethnicity- and income-defined subgroups within American culture that fall into this category.

Wide disjunctures between native and academic cultural norms, absent some targeted intervention, are how socio-economic disadvantages transmute into educational disadvantages. All the more reason, then, for all students, regardless of income or background, to begin the process of enculturation as they prepare for college, rather than after they get there.

There is no exhaustive taxonomy of academic cultural norms, but we’ve identified eight key concepts—interdependent and mutually reinforcing—that every student would do well to grasp prior to entering the intellectual culture of academia.

Our FREE .pdf—A High Schooler’s Guide to the Culture of College Academics: 8 Key Concepts—defining and exploring them is available here. For a white paper surveying the literature and laying out a theoretical basis for this guide visit here.

These concepts can be difficult to get across, but they are graspable by high schoolers and, we believe, are in keeping with the level of rigor needed in high school instruction if it is to drive college success.

Part of what’s so hard about the transition to college is precisely the need to learn the operative norms of the intellectual culture when they are not at all self-evident, and not familiar to students from their previous school experience or upbringing. It makes sense, then, to begin providing some enculturation into the norms of college-level academics as part of college prep instruction in high school.