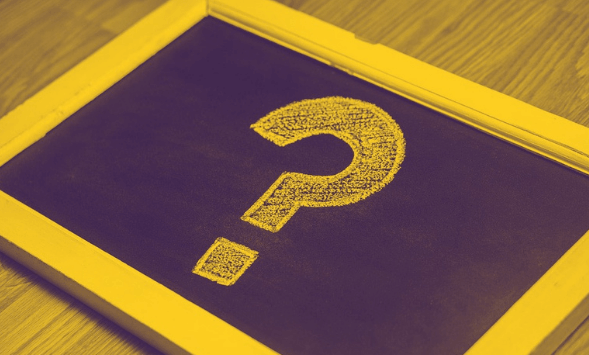 Secretary of Education Betsy DeVos recently released a list of proposed priorities for her department’s competitive grants program. Number one is “Empowering Families to Choose a High-Quality Education that Meets Their Child’s Unique Needs.” In other words—no surprise—school choice initiatives remain at the top of the Secretary’s agenda.

DeVos’s
argument for school choice, like most everyone else’s, hinges on a faith in
competition to improve education. In an open marketplace full of choices,
according to advocates, schools compete with one another to attract students.
This competition drives up the quality of education all around, as parents
choose only the best performing options for their kids. As in any competitive
environment, if a school wants to survive, it had better stand and deliver.

The hardest of hardcore school choicers want to minimize government involvement to the greatest extent possible, leaving it entirely up to the competitive market’s invisible hand to ensure that every child has access to a good education. School choice advocates, including DeVos, who characterize the public school system as a dead-end monopoly, believe that government regulations, such as open admissions requirements, price controls, accountability mandates, and reporting requirements, only impede a dynamic market’s ability to improve efficiency and quality.

But these school choicers ignore the basic truth that unregulated markets tend not toward greater competition but toward monopoly. If we turn our education system into an unregulated market, where government has no role to play in ensuring the public good, then we risk trading one type of monopoly for another. School-choice models counting on competition to improve education undercut themselves if they eliminate the government’s role in ensuring competition through regulation.

It’s
not difficult to make the case that a laissez-faire market breeds monopolies
and oligarchies. Just look at the robber barons in the days before antitrust
legislation. Better yet, consider the current status of the US economy: after
decades of deregulation, only a handful of companies now dominate media,
telecommunications, finance, tech industries, oil, transportation, defense
contracting, agriculture, retail, and other key sectors.

Companies
don’t want competition: they want to eliminate competitors and have the market
all to themselves. It takes government policy to keep that from happening. From
the New Deal to the 1970s—the decades of the U.S.’s greatest economic growth
and income equality—the federal government developed and enforced policies to
limit the consolidation of competitors, enforce fair trade practices, protect
consumers, and otherwise regulate markets to reduce barriers to entry, ensure
competition, and discourage the rise of monopolies. Systematic deregulation,
which began under President Carter and has continued largely without pause
through every administration since, has resulted quite demonstrably not in more
competition but in less.

It
therefore doesn’t take a great leap of imagination to see the same thing
happening in education, if school choice policies premised on the benefits of a
free market don’t ensure competition through regulation. School choice
champions such as DeVos, who rail against the public monopolization of schools,
should be just as adamant about guarding education against the private
monopolization so evident in other deregulated markets. If education were to go
the way of, say, finance or agriculture, it would be dominated by a handful of
private, too-big-to-fail companies with proprietary curricula and an incentive
to increase returns to shareholders rather than safeguard the public good.
Imagine Pearson owning 80 percent of all K-12 schools, free to decide for
themselves what to teach, to whom, and toward what end.

What
sorts of policies are required to ensure that the market-based education system
we are surely headed towards stays competitive? At the minimum, school choice
policies must:

Limit bigness. The consolidation of competitors must be constrained, even at the expense of greater efficiency. Unchecked mergers and acquisitions, justified on the basis of increased efficiency, have been the signal route by which a small number of players have eliminated competition and achieved too-big-to-fail status in under-regulated industries.

Keep public schools competitive. As more private players enter education, traditional public schools will serve as a bulwark against the concentration of private power. Currently, however, district schools often are not allowed to compete on equal footing. For example, in many cases charter schools are free to weed out students who lower test scores or cost more to educate. In contrast, traditional public schools must educate everyone who comes through the door, including the students expelled from charter schools. Little wonder then when district schools look worse both financially and academically in comparison to their competitors. School choice policy designed to ensure competition must make sure that traditional public schools aren’t disadvantaged, with their funding siphoned away to help their competitors, and rivals playing by more favorable rules.

Straighten out accountability. As it stands, both the presence and absence of accountability requirements distort incentives, resulting in a market that is neither fair nor efficient. In states such as Michigan, where there is no strong performance-based accountability for charter schools, the incentive is simply to attract as many students as possible. Charters compete fiercely to fill seats, even in poor urban and rural areas, because each enrollee garners around $7,600 in public funds. Schools are not required to show results, however, and so they are not incentivized to actually deliver a high quality education to their students. As a result, the state has lots of charters, but they rank near the bottom of all schools nationwide.

In contrast, in states where all schools are held accountable by student performance measures, charters have a disincentive to serve populations least likely to generate high test scores—namely, the rural and urban poor. Evidence indicates that “for-profit charters are less likely than other types of schools to locate in low-income neighborhoods and educate low-income students.” In other words, there’s no percentage in the market for poor kids.

Public
accountability for publicly-funded schools is an obvious tenet of good
stewardship. But in a market-based system, policymakers must recognize and
remedy the incentive distortions accountability requirements can create.

Require reporting. The competitive market model depends on parents making informed choices. Policy aimed at ensuring competition must define the information essential for fairly comparing competitors and require that schools report it regularly and truthfully. Parents should be able to compare options based on consistent and reliable criteria.

Pitting schools against one another in a competitive marketplace may indeed be a way to improve education. But if we decide that a market-based model is the answer, then we must also be wise about how that market operates. We have no lack of examples of what happens in markets absent government-enforced restrictions on the concentration of power. If we’re committed to reforming our education system through market-based competition, then we must also commit to government regulations that ensure the market works for the public good.

(This post has also been published in Age of Awareness.)