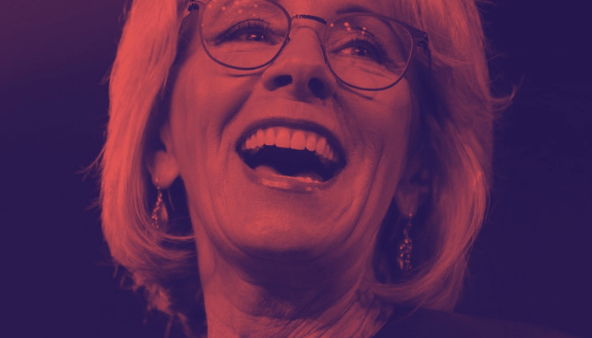 With Betsy DeVos as head of the Department of Education, it is a sure bet that school choice initiatives will be at the top of national school reform efforts in the coming years. DeVos, a longtime  advocate for alternatives to traditional public schools—including charter schools, vouchers, education savings accounts, online schools, and other ideas—will no doubt support President Trump’s plan to direct $20 billion a year away from traditional public schools and towards school choice programs.

School choice is one of the rare political initiatives that has fans on both the right and left. Unfortunately, there is still no definitive answer as to what kinds of alternatives work best, or even whether policies promoting school choice can improve education nationally. After 25 years of experimentation with charter schools, the results are mixed. Some charters have outperformed traditional public schools, while others have offered no improvement at all. In some cases, charter schools have merely lined the pockets of their founders while failing students utterly. There are similarly mixed results for school voucher programs.

Underlying school choice is a faith in the workings of a competitive market to generate better outcomes. Competition pressures all schools to improve by giving parents, through the exercise of their choice, the power to hold their kids’ schools accountable, so the thinking goes.

The special problem the free market presents in the case of education, however, is that when competitors and experiments fail, children suffer. At stake in a marketplace of education alternatives is not the viability of some consumer gadget, but the life chances of real kids who may never recover from falling behind.

Of course, as school choice champions will be quick to note, children suffer no less tragically when their “monopolistic” traditional public schools fail them, and they have nowhere else to turn.

Education policy based on market principles by definition expects some schools to fail—and, though this point often goes unvoiced, it therefore expects some children to be casualties of those failures. Recognizing this risk, and seeking to mitigate it, is therefore incumbent upon parents, educators, and others, who might reasonably ask: When does policy make school choice a bad choice?

We have enough experience at this point to consider at least a few guidelines:

School choice is a bad choice when it encourages profiteering.

Over $600 billion in federal, state, and local funds go to K-12 public education each year. That’s a tempting pot of public money that many private interests would like to lay hands on. These interests have not been shy about lobbying for models and mechanisms that would siphon some of that money their way, nor in fighting against regulations that would require them to meet accountability standards or make financial disclosures—all in the name of enhancing school choice.

In Secretary DeVos’s home state of Michigan, for example, The Detroit Free Press found widespread abuse, a lack of accountability, and poor academic performance throughout the state’s charter schools, two-thirds of which are run by for-profit management companies.

Online charter schools, dominated by for-profit companies such as Pearson and K12 Inc., have had an “overwhelming negative impact,” according to recent studies, with the majority of students showing “far weaker academic growth in both math and reading compared to their traditional public school peers.”

As with any business, the for-profit entities that contract to run public charter schools have an incentive to maximize revenue while minimizing costs. It’s no surprise then that many seek to enroll all the students they can, while getting by with as few teachers, facilities, and instructional resources as possible. For-profit charters are also motivated to avoid accommodating students with problems or disabilities, since these students can bring down both financial and academic performance measures. When it comes to educating a community’s children with public funds, a for-profit model can conflict with the best interests of students, parents, teachers, and taxpayers.

School choice is a bad choice when it is a tool for advancing ideology rather than education.

In some cases, school choice is promoted by people and entities who see it as but one element in a larger ideological vision for society—a vision in which public services are privatized to the largest extent possible while government is reduced to the bare minimum. When this ideology is the engine behind school reform measures, the goal becomes less about improving education than about devaluing and defunding traditional public schools.

The Mackinac Center for Public Policy, for example, is a Michigan think tank that pushes for deregulation and privatization in many areas of society, including education. The center champions school choice in its rhetoric, but its stated endpoint for education policy is “no government schools,” a stance that favors the elimination of choices rather than their expansion.

Belief in the market is so strong, and enmity towards regulation so fierce in this ideology, that its evangelists resist any sort of government-enforced accountability; for them, “choice and competition engender accountability.” There is no body of evidence supporting this laissez-faire model, only a ferocious faith that it alone can solve the nation’s education problems. There is evidence, however, that school choice without government regulation does not improve education and can harm disadvantaged students

When education policy is set by the belief that any nontraditional school is a better choice than a traditional public school simply because it is not operated by a government entity, then ideology has overtaken evidence-based reasoning. That possibility is worth paying attention to in the current school reform climate, since Secretary DeVos has been a major funder of the Mackinac Center and her husband has served on its board of directors.

School choice is a bad choice when it promotes racial and economic segregation.

In many areas of the country, traditional public school districts replicate entrenched racial and economic divides. Wealthy neighborhoods tend to have well-funded public schools stocked with wealthy kids, while schools in poorer locations are starved for funds and populated mostly by poor kids.

Charter schools and vouchers can help relieve some of the problems of traditional public schools for disadvantaged people, as they have in Oakland and elsewhere. Studies show, however, that charter schools and other school choice programs, whatever the intention behind their authorization, can also reinforce segregation.

A study by the National Bureau of Economic Research, for instance, concluded that “charter schools in North Carolina are increasingly serving the interests of relatively able white students in racially imbalanced schools.” Meanwhile, a judge found that Nevada’s recent experiment with a universal school voucher program mostly benefited wealthy families who already had access to good public schools.

Policies that push for school choice as a means for improving education opportunities need to ensure that mechanisms are in place to make the programs and schools truly accessible to the people who would benefit most. Without an accompanying means of transportation, for example, the choice of a private school on the other side of town may in practice be no choice at all.

While it remains to be seen whether school choice will be a good choice while Betsy DeVos is Secretary of Education, it is worth noting that of the roughly $620 billion spent annually on K-12 public education, less than $60 billion comes from the federal government; the lion’s share of school funding is state and local. Thus, while the proposed $20 billion in federal funds for school choice programs is nothing to sneeze at, its overall impact will be comparatively modest.

The most meaningful choices about school choice will continue to be made at the local and state level. So for anyone interested in making sure that school choice policy in fact leads to good choices, efforts will probably have the most impact closest to home.

(This post has also been published in BRIGHT Magazine.)